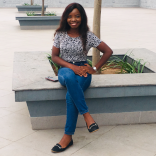 What’s soft got to do with it?

The line between the genders started fading in the 1960s when more and more women started filled the workplace. Throughout the years we have seen women fight to be recognised in the workplace and to receive the same treatment, opportunity and salary as their male counterparts. The main aim of gender diversity is to ensure the same ratio of men and women in the workplace, and also ensure that women have equal rights with men. The African Union declared 2010 to 2020 the decade of African women and we have seen an increase in women playing roles in the nation’s economy, however, many challenges to gender equality and women’s empowerment remain.In the last 20 years there has been a huge shift, with roles that were previously only given to men now being given to women as well, from parliament to corporate to the depot level, even in mines. This proves that as much as we still have a long way to go, we have improved and become aware of the fact that women are as able to perform and deliver in male dominated industries as men are. We do however still have organisations that still believe that men should be at the forefront of everything while women are only there as support, with men being considered first before their female counterparts for promotions and managerial positions. One of the very male dominated industries is the Information Technology sector, and I say this as a seasoned technology executive and recipient of several awards including the 2019 African Women Leaders Award and Netherlands #cocreateSA Inspiring Fifty Women in Tech award, as well as an ambassador and advocate who managed to pierce through this male dominated industry. I founded Limit Breakers Global Foundation and have dedicated myself to empowering the previously disadvantaged, especially young girls and women, by providing exposure to technology spaces, access to mentorship, education and global empowerment programs to help increase gender diversity in the workplace and equip women with skills to penetrate and thrive in the workplace. I am very deliberate about creating solutions through technology and empowering our girls and women with skills to do so as well.Through regular initiatives such as Women on Boards, Mentorship Circle, Girls camp, Praying Queens Retreat and Future Skills, Digital Career Days, the organisation continues to impact the lives of many around South Africa and Africa by its involvement in pioneering the Southern Africa STARTUP Awards. I made a deliberate move to play in the global world and landed an opportunity to be part of the Women Leaders of the World 2018 an initiative by How Women Lead in San Francisco and currently serve on the Alumni Council Committee. Through Women on Boards, a program designed to train, empower and mentor women in management and executive positions to take up roles in corporate and other organisational boards, a way is being made for women to start playing an active role in our nation’s economy. Our president, Cyril Ramaphosa made strides by appointing a cabinet which is 50% women. Currently there are only 15 women CEOs on JSE listed companies and only 20 women chairpersons, yet, empowering women in business is a major step towards gender equality in the corporate sector. Should we follow behind countries such as Norway that have passed laws that require all listed companies to have at least 40% women on their boards, we will achieve even more gender equality and diversity in the business world. Iceland has made it illegal to pay women less salaries than their male counterparts.I have sat in meetings where I was asked if I was standing in for the secretary and not seen as an equal contributor to the Board, but even then, why would anyone think a secretary has less value in a meeting? Throughout my career I have sat in many male dominated meetings and gained a fair advantage in understanding how men think when it comes to decision making compared to how women think. I have realised that an amalgamation of the strengths of both is an advantage for boards and hence equal representation is recommended.

As Africans we need to understand that inequality starts when a woman enters a meeting and men expect her to pour the tea for them or take minutes. Gender diversity ensures equilibrium and provides women with financial independence as well.
See also  A different Kind of Revolution is here, how will it impact our lives, work, and future?