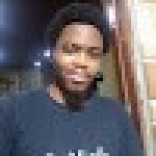 I have so much on my mind as the world has had a very trying time indeed lately. Isn’t there good news in the world anymore? Threats of war here, the noise of pandemic there. There is fire on the mountain!

How man go survive self?! Economic wars ravaging the world, global recession looming. Nations trying to tear down one another to get ahead in a rat race called economic war. Uranium enrichment is now a top priority on the agenda of nations. Even countries with civil unrest and poverty still have their top priority as nuclear weapon enrichment rather than people enrichment. What an irony!

But, come to think of it, aren’t we a reflection of our society? Workplace politics have gotten so fierce, people stumbling on the heels of another to get a good seat in the corporate roundtable. Colleagues scrambling to earn a corner office not minding whose head they trample on the way up-willing to snuff out careers of another to save theirs. Everyone is in a rat race. Ah ah! Mad o!

It does not matter, whoever wins a rat race is still a rat. When the shove comes to the push, na employees you still be. Bloody labourers!

Even our so-called bigwigs are not left out. Corporate governance cannot get any murkier than it is today. Directors and business owners sucking the living daylight out of the company’s finances like human-cankerworm. Aye le o!. Wish I could share what’s on my mind with people, that we stop living not just by basic or survival instinct, so many people are out of a job because of mismanagement. The other day close to 50 people were let go by our customer. Omo! Building one’s dream is safer than investing one’s life building another man’s dream. Dem go come tomorrow now telling you you’re no longer needed. But, it’s just a diary, nobody likes to read diaries. More so, a diary is supposed to be private. LOL

Misogynists are now in suits and ties, preying on the weak and vulnerable, the vulnerable have regrouped and have become chauvinist, tearing down anything or anyone in sight. This is why I don’t like any “ism” movement no matter how attractive they are packaged. Including feminism by the way, they all prejudiced support for their own selfish cause, group, or sex.

See also  In the Nigerian University, the innovation doesn't come to you, but you go for it

Haven’t they all turned our offices into a battleground to make a statement for “equality”, we can never be equal in our very essence. It’s true that the goal of a business is to make profit, but it shouldn’t be at the expense of the physical and mental wellbeing of staff. Declaring profit yet, the foot soldiers do not profit from it. Company cultures are no longer excites workers again, they talk big games yet deliver little.

4. Sanitizing our hands but not our mind?

Geez! Now I know there is a huge difference between being a human being and being human. Seriously, some human beings are so inhumane. A 200ml hand sanitizer now goes for 19,500 Naira, even face masks now cost a fortune. Se law of demand and supply still dey hold in the face of death ni? What has the world turned into? Novel Coronavirus is ravaging the world and rather than make help available to all, people are still all out to exploit one another even during a pandemic. Prizes of live-saving items hit the all-time high. Na wa o, don’t they have a conscience?

There is a reason why we are called human beings and not “human doings”, our being is much more important than our doings. In fact, what we do should be influenced by our being.

5. Why refer to a human as a resource?

Hmmm… Dear Diary, I have a question on my mind that I need an answer to.

Why staff are also lumped into the term resource?!

I don’t think staff should be lumped in the term resource, which should not be someone’s job title as well. Human Resource Manager. You cannot manage humans like a resource. Humans can be resourceful i.e. an adjective but once we begin to see them as a resource i.e. noun, we begin to get it wrong. You manage resources such as money, materials, and other assets, but you lead humans.