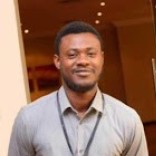 Returning back to Nigeria to pursue a career in media and entertainment remains one of the most daring things that I have ever done.

The first job that I got, after months of searching, was at a media outfit where I was a Producer, it was not a dream job but it sets me on the path to pursue the things that I dreamed of doing upon returning to the county. As someone who had worked in corporate America for two years, I had a decent understanding of how a successful work environment was supposed to run and in retrospect, I think I was so used to a certain operational style that so many things came across as a shock to me while working there.

The first would be the work environment: while there were a lot of young and upwardly mobile workers in the organization, the work environment was disorganized and little attention was paid to the working conditions. While staff behaved/acted as they pleased, we sat on broken chairs in tight rooms that had little to no ventilation and an air conditioning system that was struggling to work.

The Boss who wanted to do everything while you did everything: this was another thing that came as a shock to me. In the past, I’d worked in companies where I was delegated duties and assignments and my job was to deliver and move on to the next one. With proper and necessary supervision of course. However, that was not the case in this organization. My immediate supervisor did not understand the concept of delegation but instead micro-managed every single stage of production; making the job even more tedious and taking longer to complete.

Delayed salary: This was without a doubt what led me to turn in my notice of resignation after just 2 months in the company. Payments of salaries was always a struggle. Meanwhile, the CEO would be jetting up and down the world and even bought a brand-new Range Rover at the time; yet, I was being owed salary. There was a payment style where staff were paid in batches and categories; it was the most ridiculous thing I had ever experienced. This was being done not because the company was going through hard times, rather, it was their style. I, as a team lead, on numerous occasions, had to give some of my team members transport fare just so they could come to work.

What I found incredulous was that some of the staff had been with the company for years and they had gotten used to the status quo. “That is the norm, you’d get used to it” they said.

I refused to get used to it. So, after two months, I tendered my 1 month notice of resignation, finished up the third month and left the company in pursuit of greener pastures.

I had to chase the HR and threaten legal consequences after 3months of leaving the company, before I got paid for my last month there.